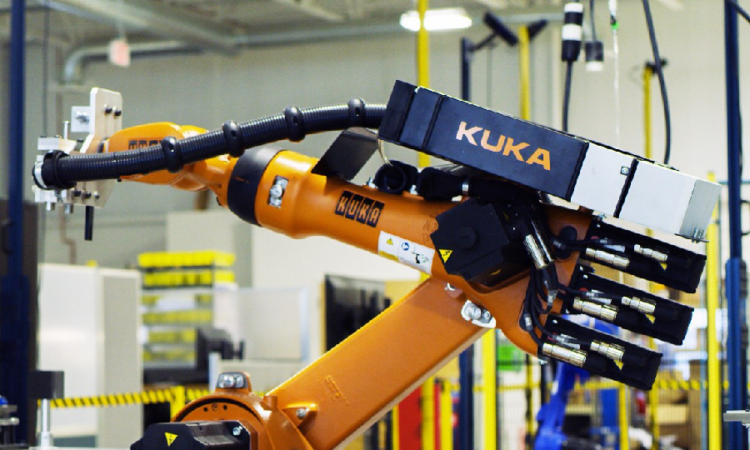 Robotic machine tending can be referred to as the process of routinely loading and unloading an assembly machine. The most common kind of machine tending is CNC Machine Automation or the Injection moulding machines. The use of manufacturing automation in machine tending enables the industrial machines to function without human involvement and can run tirelessly all night without any supervision and with the lights out.

A collaborative robot in Machine Tending

A collaborative robot is designed in such a way that it can function seamlessly with the human workforce without causing any harm or injury which means they are able to operate without safety guarding.

The following are some of the Robotic specifications in manufacturing automation when loading and unloading parts:

There are numerous applications in a range of industries where manufacturing automation in machine tending can significantlyprofit most industries.

The following are the applications of machine tending in the industry:

Robotic technology is best suited for machine tending because they are able to work repeatedly without any downtime hence creating higher and more steady production.

The following are the benefits of automating the process of machine tending process:

Most of the tasks involved in machine tending is currently carried out by human workforce and it is one of the jobs that most people are not willing to do.

However, with the rise of robotic technology in most of the industries in the globe the process of machine tending is faster and random objects can be loaded flawlessly.