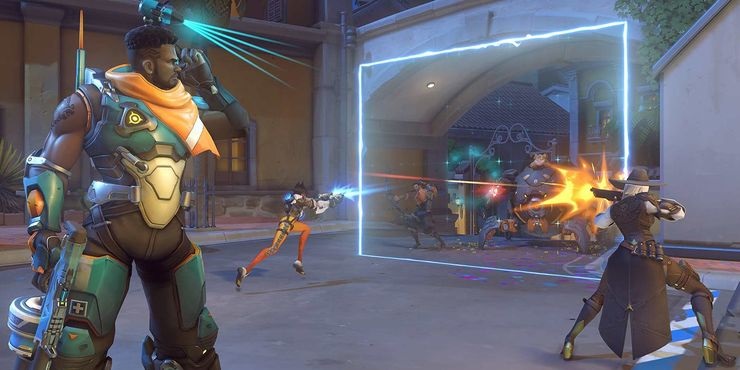 Overall these buffs increasing the damaging potential and almost bringing him to the God Tier of Overwatch heroes for boost Overwatch accounts. Here I will show you some interesting tricks that MUST be abused in order to successfully climb the OW ladder.

Baptiste is an interesting hero, but his toolkit must be utilized cleverly if you will place the Immortality Field lamp in open spaces, it will be exterminated incredibly fast, but if you will leave it in an unexpected location it will last for the entire duration time. On many maps, you could easily find interesting objects where you could place Immortality Field to hide it from enemies. The lamp will be activated, but it will be disguised or even completely hidden, if you place it inside or underneath some in0game objects. Overwatch youtube account that is created to teach you some interesting features about the game will highlight some of such points at the Eichenwald map.

There are a lot of similar places, keep your eye open and you will find them all in the shortest terms.

During the World Cup, you could notice a ton of interesting features and exploits. Features, I think, will stay available for a long time, but exploits must be abused as soon as possible, in order to earn almost free SR in Overwatch. This trick was discovered by the player of the South Korea team – iDK, during the match against the United States team he showed an interesting trick. Within the ten seconds, he used the immortality field on the control point THREE times in a row. Such a trick could be repeated easily, just switch between support heroes until the cooldown on the Immortality Field will be refreshed. Such abuse could, and must, be used at any map, where you could throw the Immortality Field on the Capture Point from the very spawn.

Baptiste is not more a Damage Dealer but with the insanely strong abilities and the most interesting alternative fire, that could save you in the darkest days. So you need to be prepared to meet him a lot in the nearest future in the Overwatch Competitive matches in the new Season 19. So if you are maining the Support Role you need to think about switching your hero and adjust your gameplay on the next strategies that will be useful in the right situations. Learn him and you will be amazed how much impact in a match outcome could be done by the Sub-Support (off-support) player.