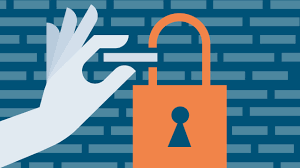 Governance, risk-management, and compliance (GRC) is a new corporate management system. It integrates the three important functions into the processes of every department in the organisation.

Nowadays, there is a GRC course that can help individuals learn the skills and develop a better understanding of how they can integrate all the three crucial functions in one capability.

The GRC course will also prepare participants so they can successfully pass the GRC Professional certification exam. Governance, risk-management, and compliance are considered essential elements of company management for sometime now.

However, the concept of GRC has only been around since 2007. GRC is also seen as a system that’s designed to correct the “silo mentality” that causes individual departments within organisations to hoard resources and information.

Governance, risk-management, and compliance systems have been integrated into various departments for better efficiency. The overall purpose is to minimise costs, costs, and duplication of effort.

The Lowdown on GRC

Open Compliance and Ethics Group (OCEG) invented the acronym GRC. It was created as a shorthand reference to the critical capabilities that need to work together to attain Principled Performance.

Principled Performance is the capabilities that integrate governance, risk, compliance activities, and management and assurance of performance. This covers the work done by departments like HR, IT, finance, legal, compliance, internal audit,  and so forth.

While the GRC acronym has been used as early as 2003, the first ever peer-reviewed academic paper on GRC was first published in 2007. It was written by OCEG founder Scott L. Mitchell. The revolutionary paper influenced an entire industry of service and software.

It is crucial to remember that organisations have managed risk and compliance and have governed for a long time. In a way, GRC is not really new. However, GRC has not been approached in a mature way.

In addition, the efforts have not been approached in a way that enhances the achievement of organisational objectives. However, in an organisation that is forward-thinking, it is considered an integrated collection of capabilities required to support Principled Performance.

Simply put, GRC won’t burden the business. On the contrary, it will support and improve it.

Organisations need to address the challenging business climate today. Come to think of it, even nonprofits, small businesses, and government agencies are facing issues only large and more established companies and organisations faced in the past.

The following are just some of the factors they have to deal with and address:

When activities are siloed, counterproductive objectives are established, performance is not optimised, and sub-optimal strategies are chosen.

Integrating GRC capabilities is all about establishing an approach that warrants the right individuals get the correct information and data at the right times. It also involves establishing the right objectives and ensuring the right controls and actions are in place to act with integrity and address any uncertainty.