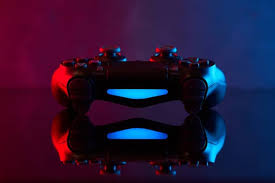 As we all know, MOBA games are a big part of the gaming industry today, with games like League of Legends and DOTA 2 showing no signs of slowing down. Despite the growing genre of MOBA games, Mobile Legends has kept a steady rise in popularity. If you’re new and looking to learn, you can find players here on Gank.

Each hero has 3 skills unlike in other MOBA games which have 4 skills. Only a select few heroes have 4 skills in Mobile Legends. Games also last much shorter, averaging from about 15 minutes to 30 minutes. Mostly because the cool down of the skills are shorter and the map is smaller.

Mobile Legends first released back in 2016 and has undergone many updates and game changing patches. There have been many changes and over a hundred heroes have been added. It is also one of the most competitive games out there today with millions currently playing and competing in various tournaments. These tournaments range from community level tournaments to regional scale competitions. Of course, due to its fast rising popularity, there have been many dedicated fans who have decided to cosplay as their favorite heroes.

Why would you want to play with them though? What makes them so different from other players? It’s the dedication they have for the game. They would spend hours of their time dressing up as their favorite characters to show their love and appreciation for the game. This probably means they’ve also spent countless hours playing the game. Mobile Legends Cosplayers have probably mastered not only the basics, but also advanced techniques as well.

If you team up with them, you’d probably learn a thing or two. They could teach you proper laning techniques. Cutting the lanes of the enemy can really be helpful early game and help you farm faster. They could guide you on how to do it properly and when and when not to do it.

You could even learn how to use certain heroes they’re good at. They could give you pointers on how to perform combos, which skills to use first, and even which items to build.

Not only are they good teammates, they could be entertaining as well. Wouldn’t you want to know what it would be like to team up with a Mobile Legends character? Not only would it be funny as hell, it would also make it an entertaining time. Just imagine teaming up with Layla giving you motivational lines, screaming, “You can do it!”, or teaming up with characters acting differently from how they really are in the games. Imagine Balmond acting like he was a 12 year old kid, bitter that he kept getting killed, or some other serious hero who keeps making pop culture references.

It definitely would be a one of a kind experience to team up with a Mobile Legends Cosplayer and it definitely is a good game to play. Why don’t you go ahead and find out for yourself by going to Gank and teaming up with them.